On May 1, 2019, as every year, the "Rassemblement pour la République, pour la défense de la Laïcité et en hommage aux Martyrs de la Commune de Paris", was held, organized by the Grand Orient de France. Many friendly Obediences as well as many Lodges were represented there.
The journey within Père Lachaise paid tribute to various personalities, Masons and laymen, including Hippolyte Carnot, François-Vincent Raspail, Louis-Antoine Garnier-Pagès, Camille Pelletan, Tignous and Nelly Roussel.
Finally, as every year, the procession stopped in front of the Mur des Fédérés to pay tribute to the men and women who paid with their lives for their commitment.
To the sound of Masonic and secular songs, each tribute was punctuated by a speech. Symbolically (or not), three speeches were delivered in front of the Mur des Fédérés.
This is one of the very rare moments when members of the Lodges wear their sets outside their Temples. 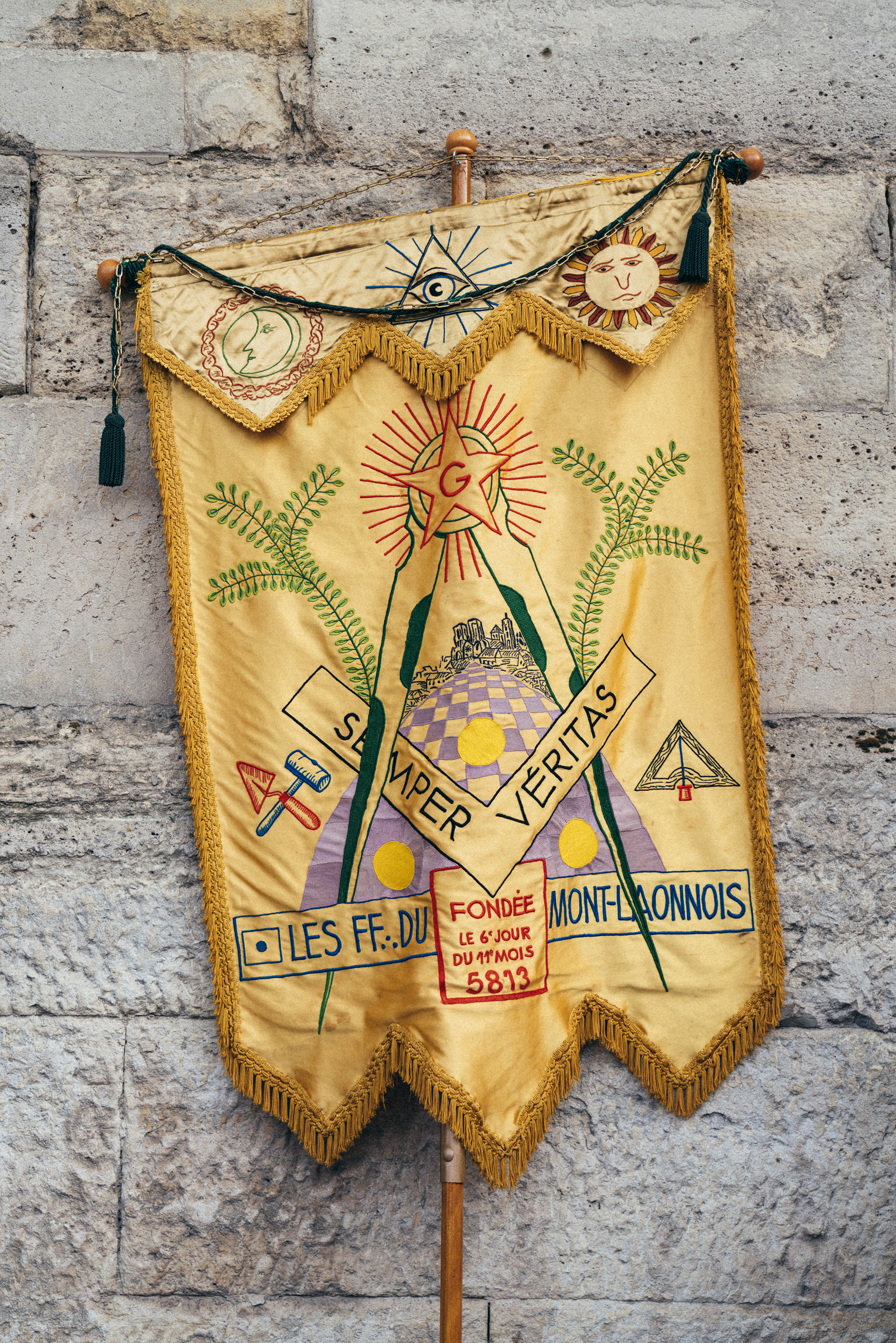 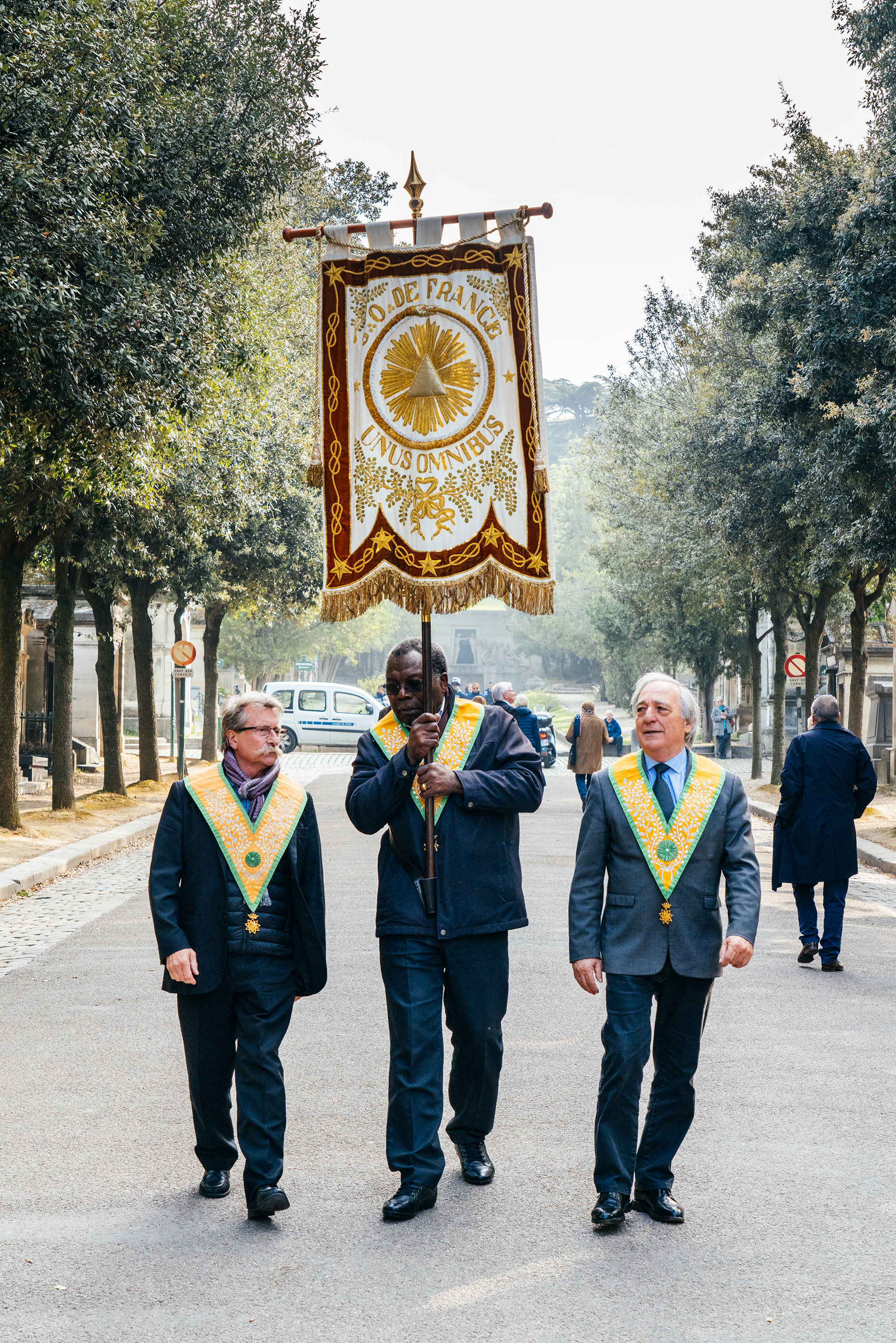 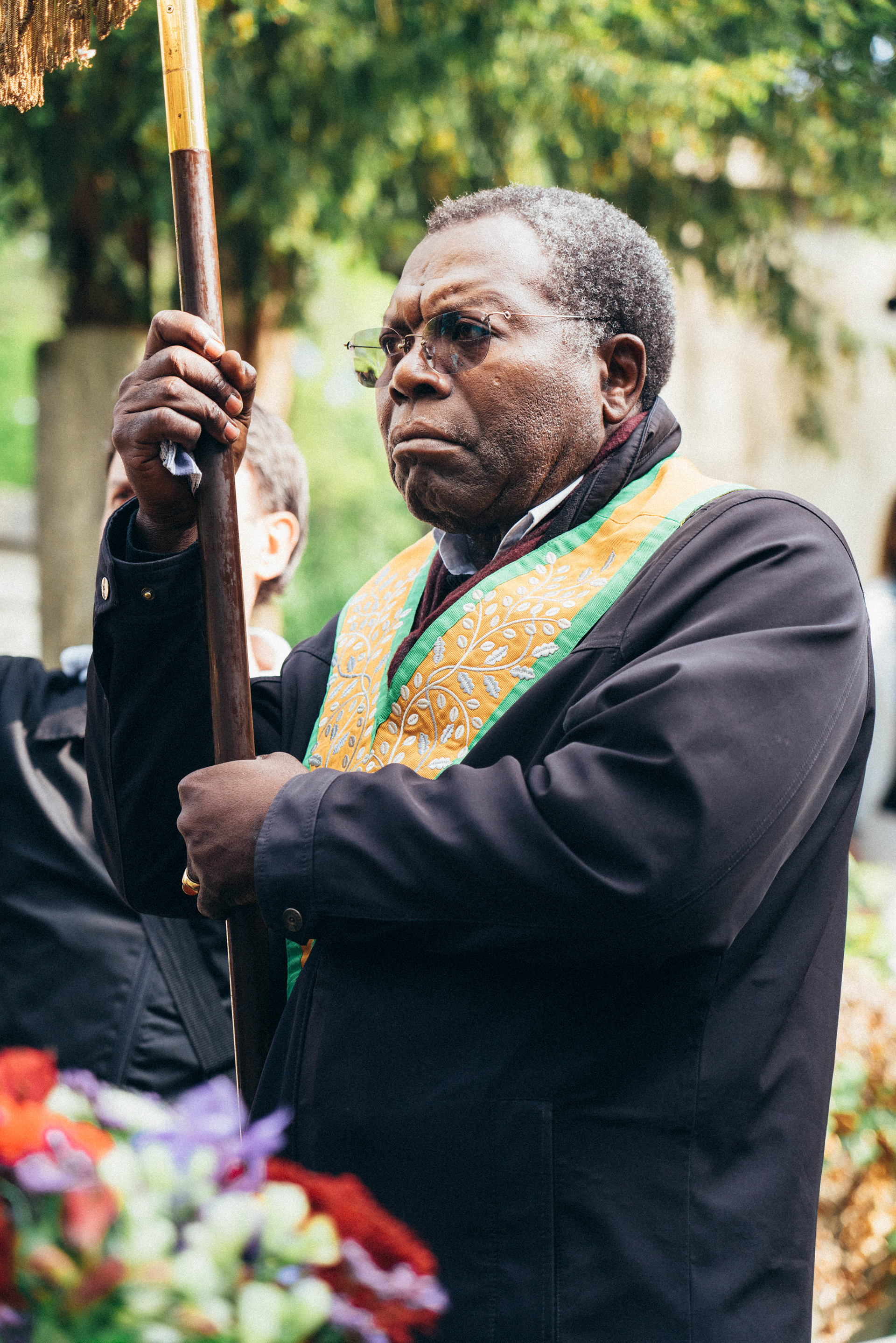 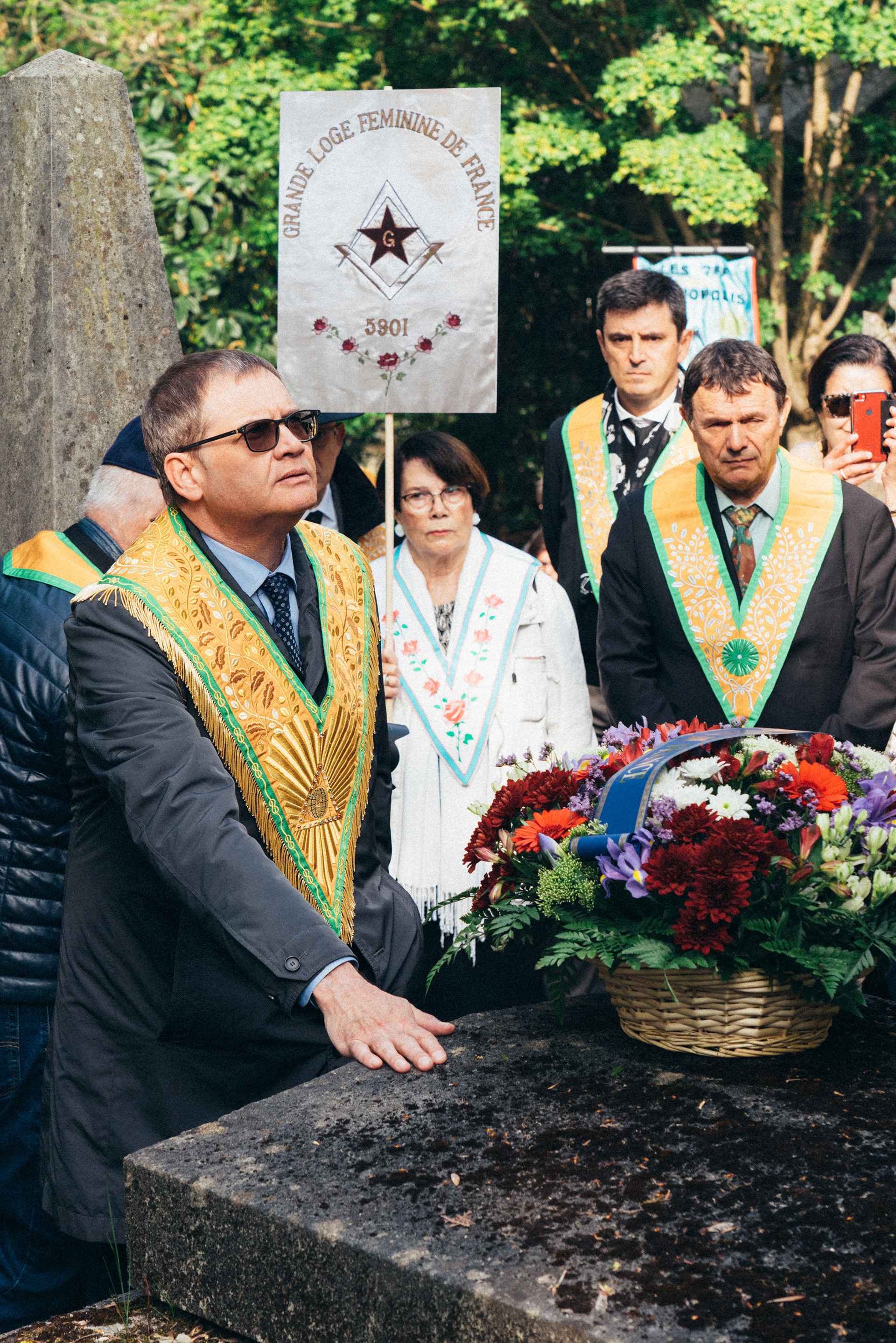 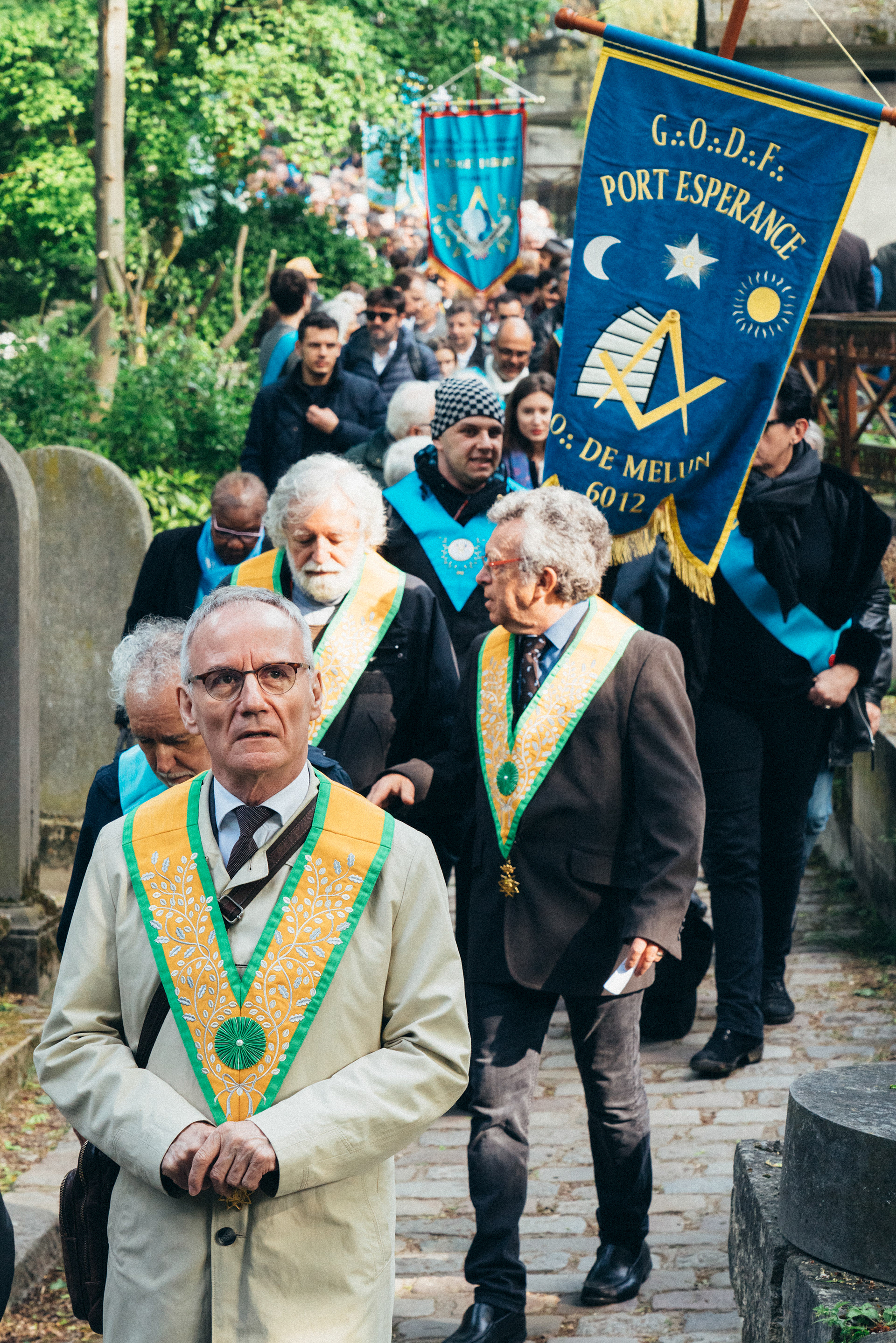 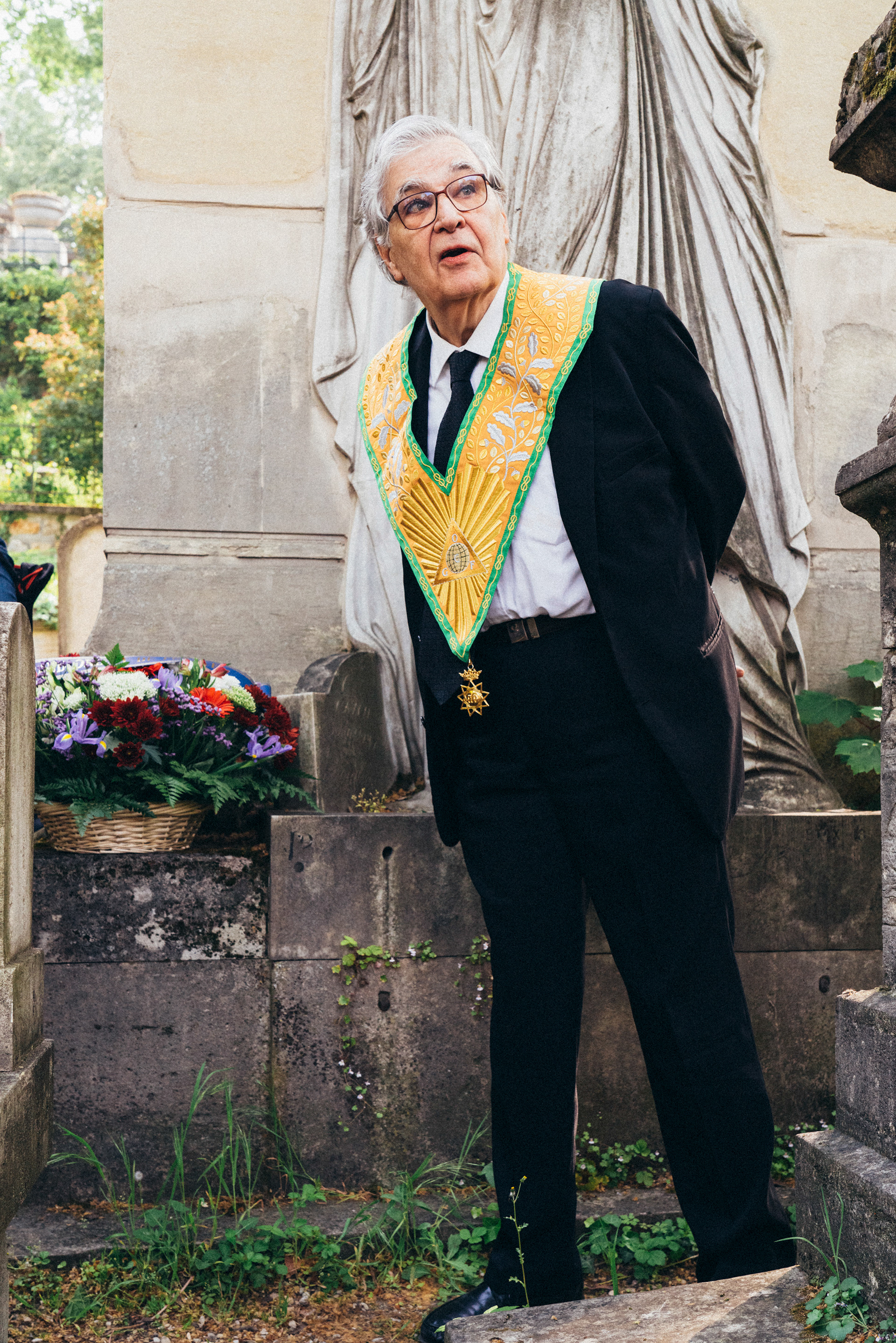 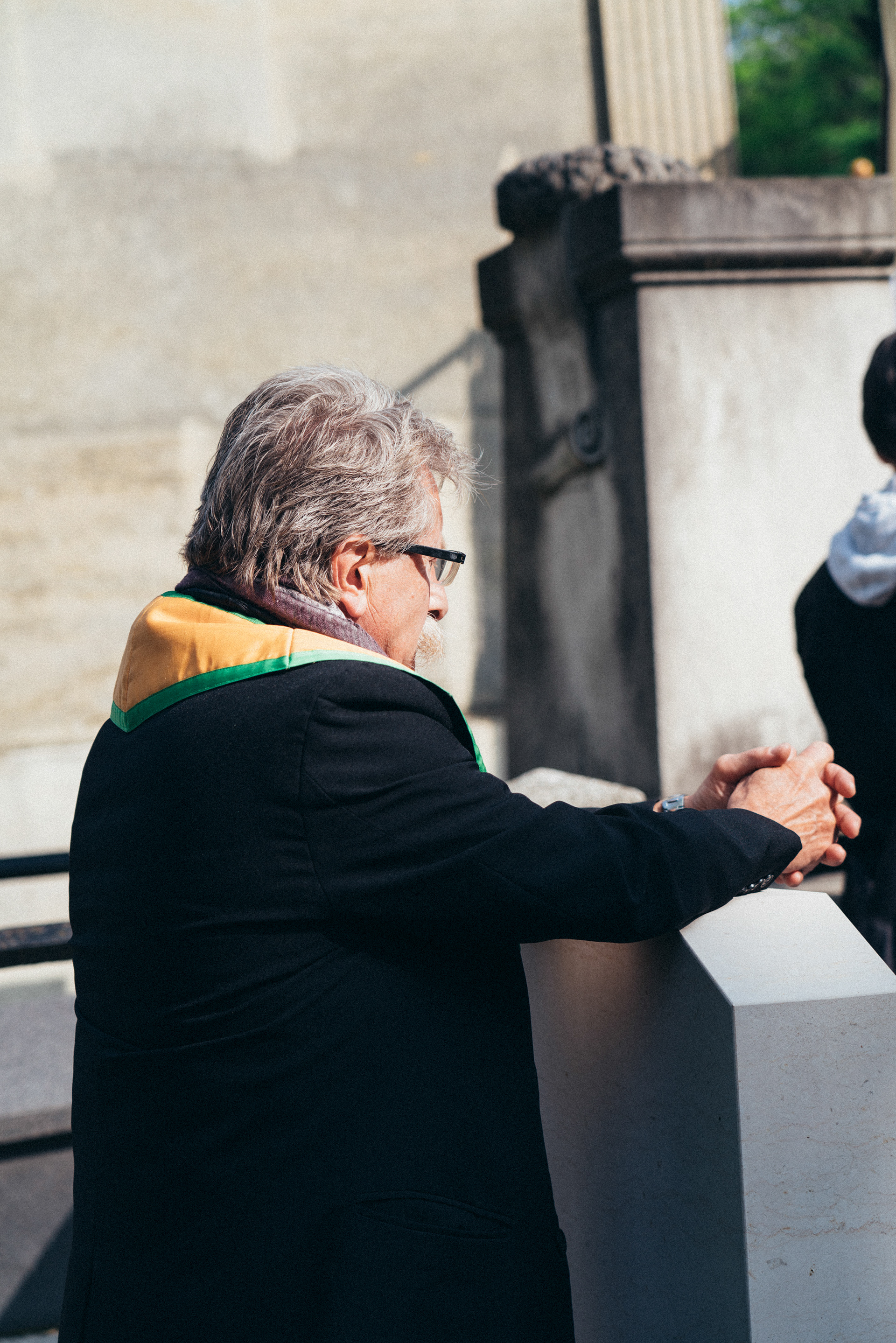 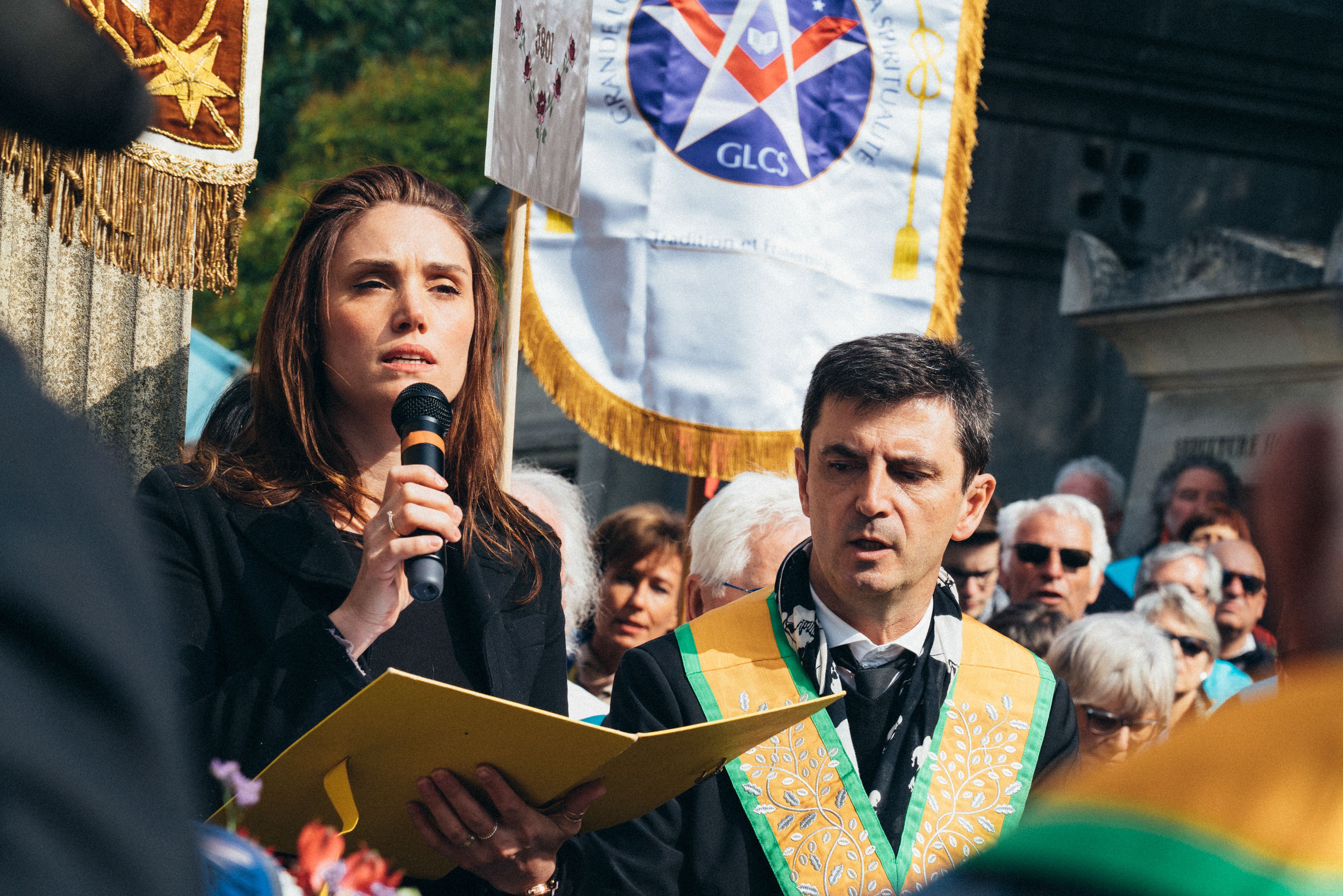 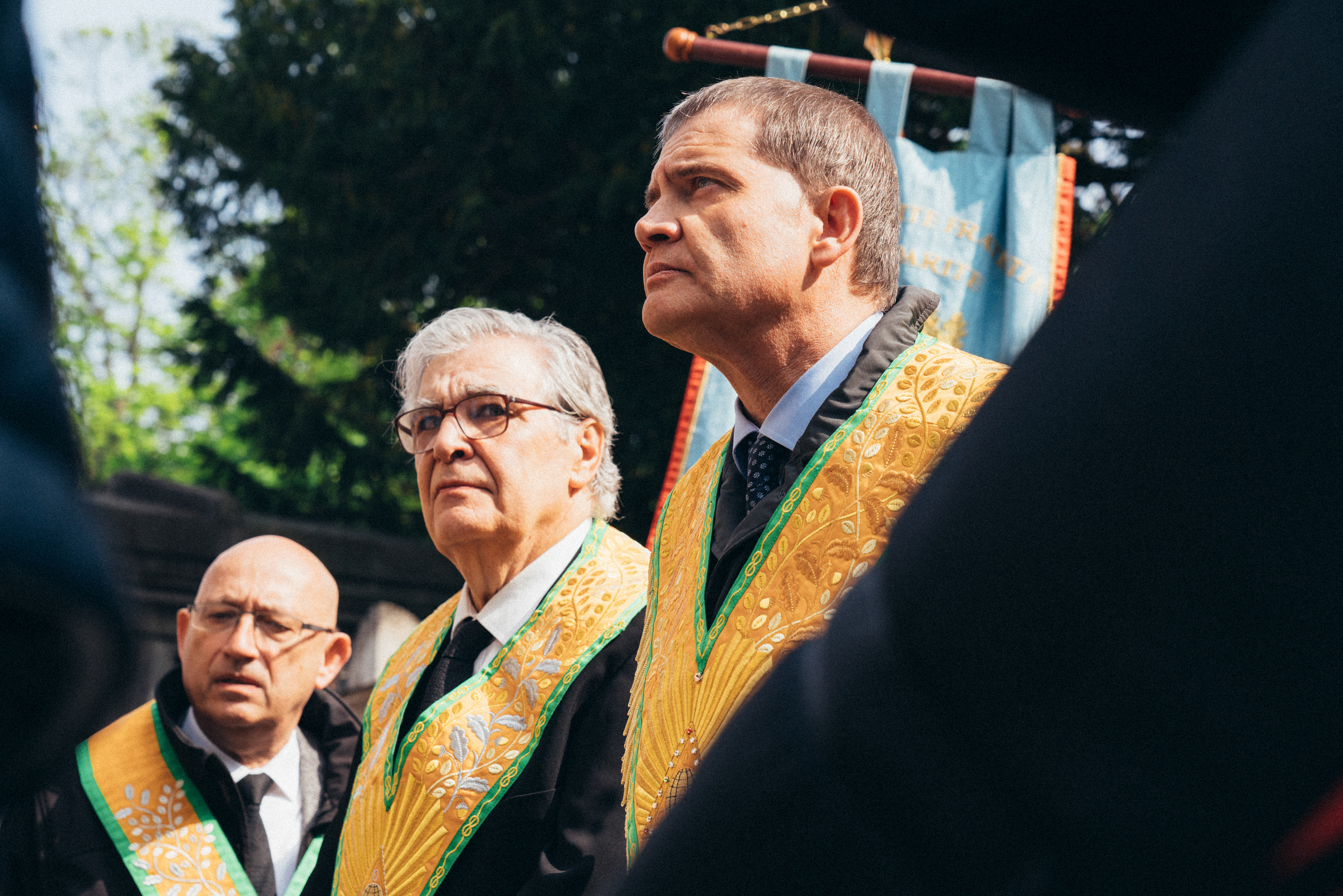 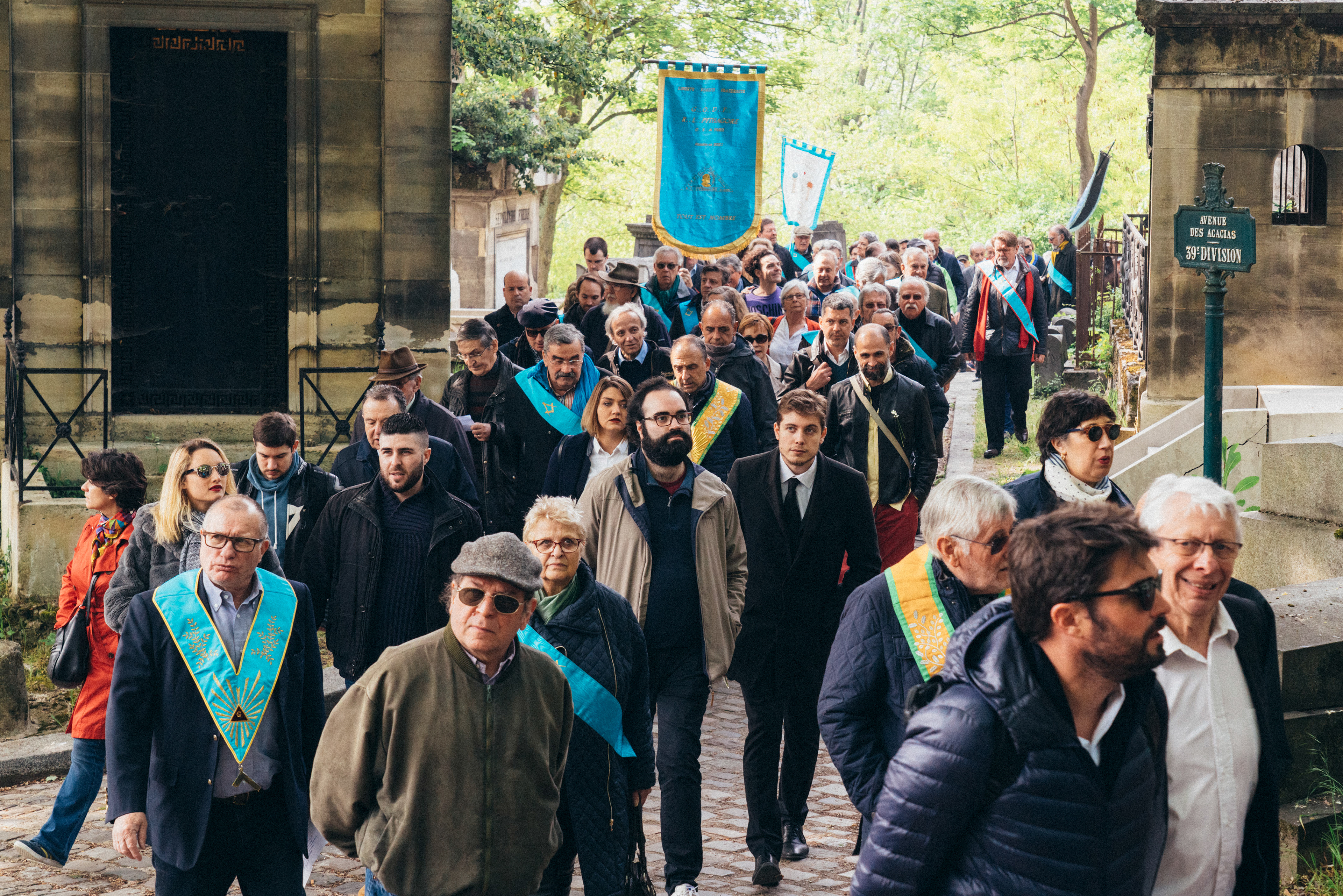 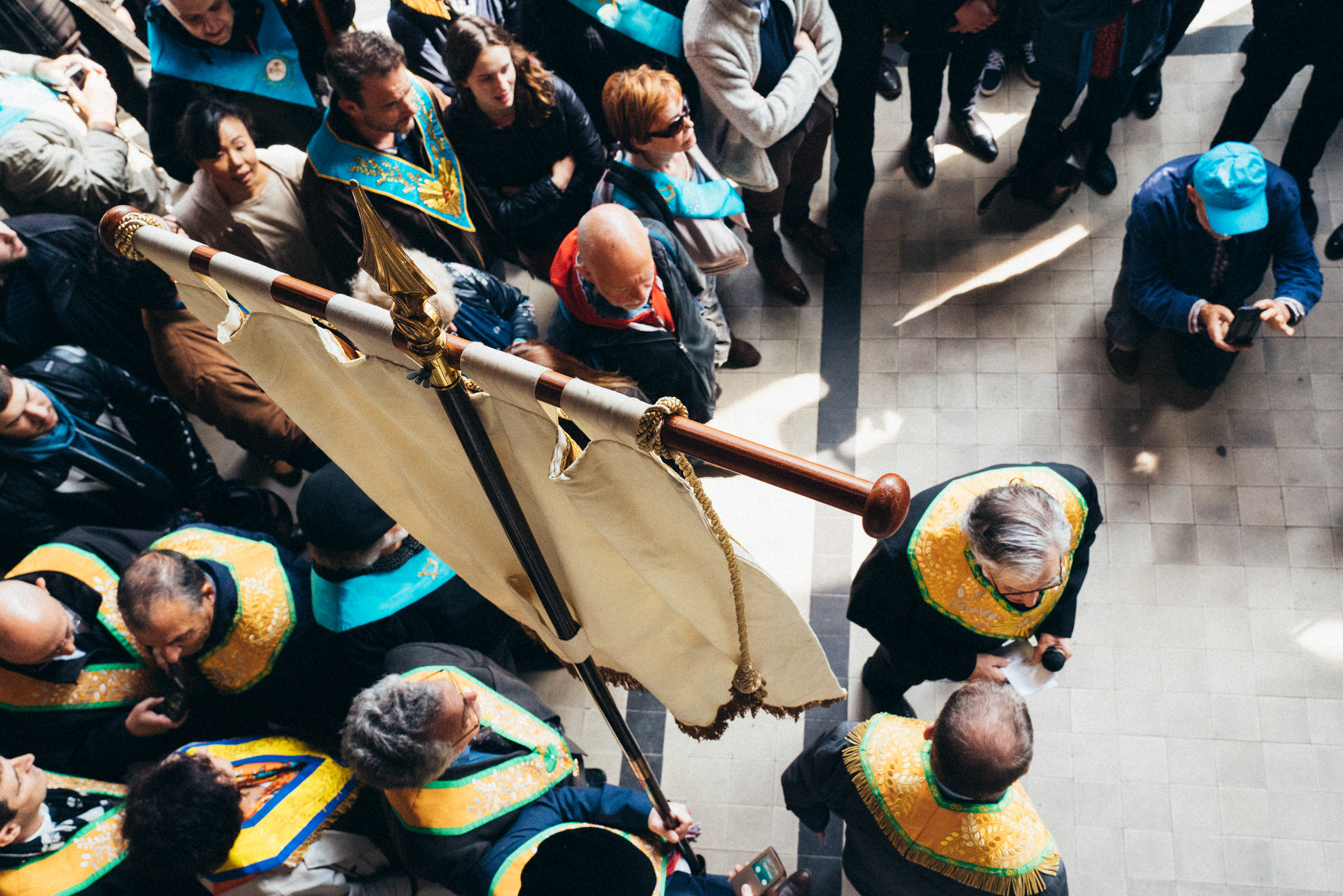 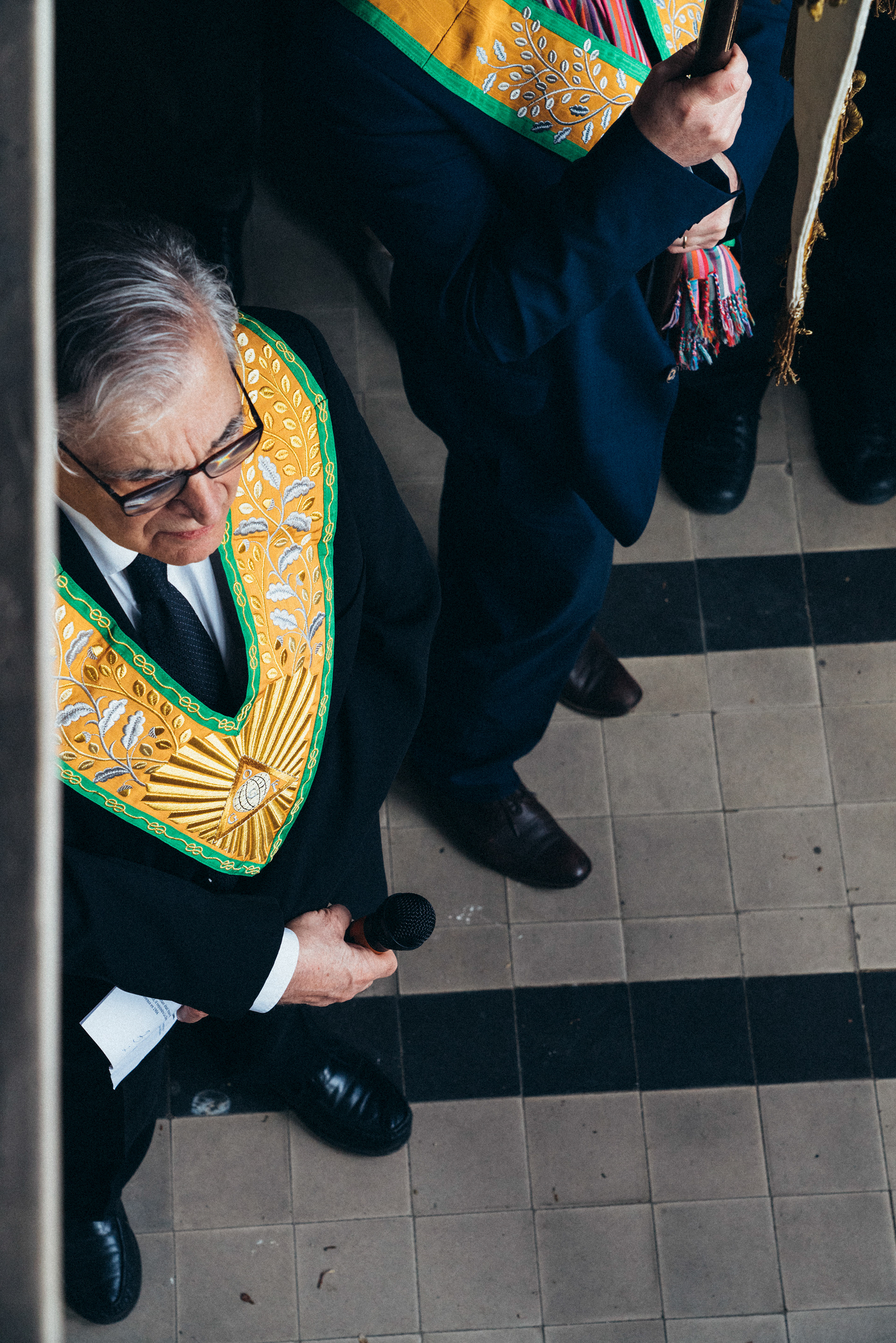 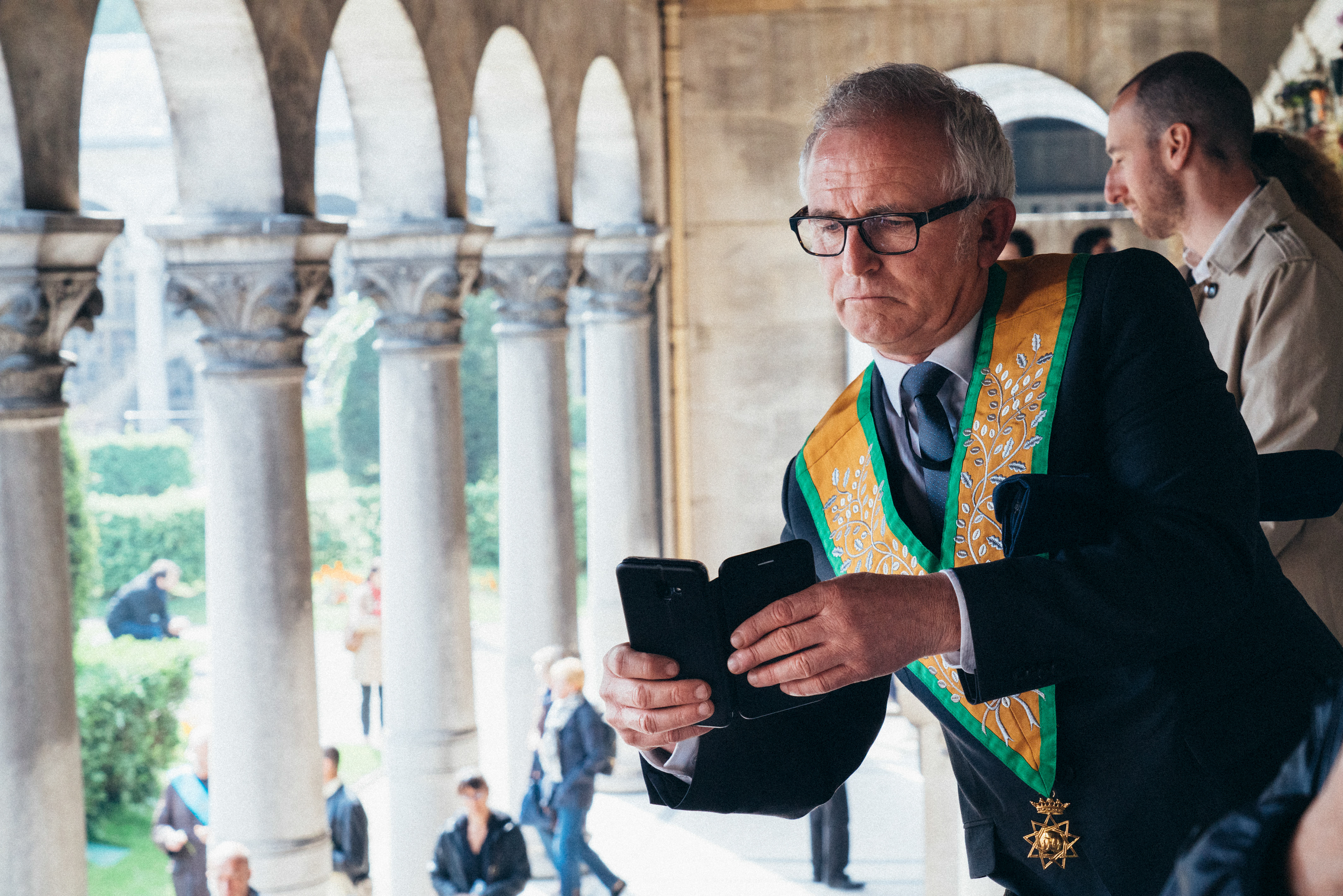 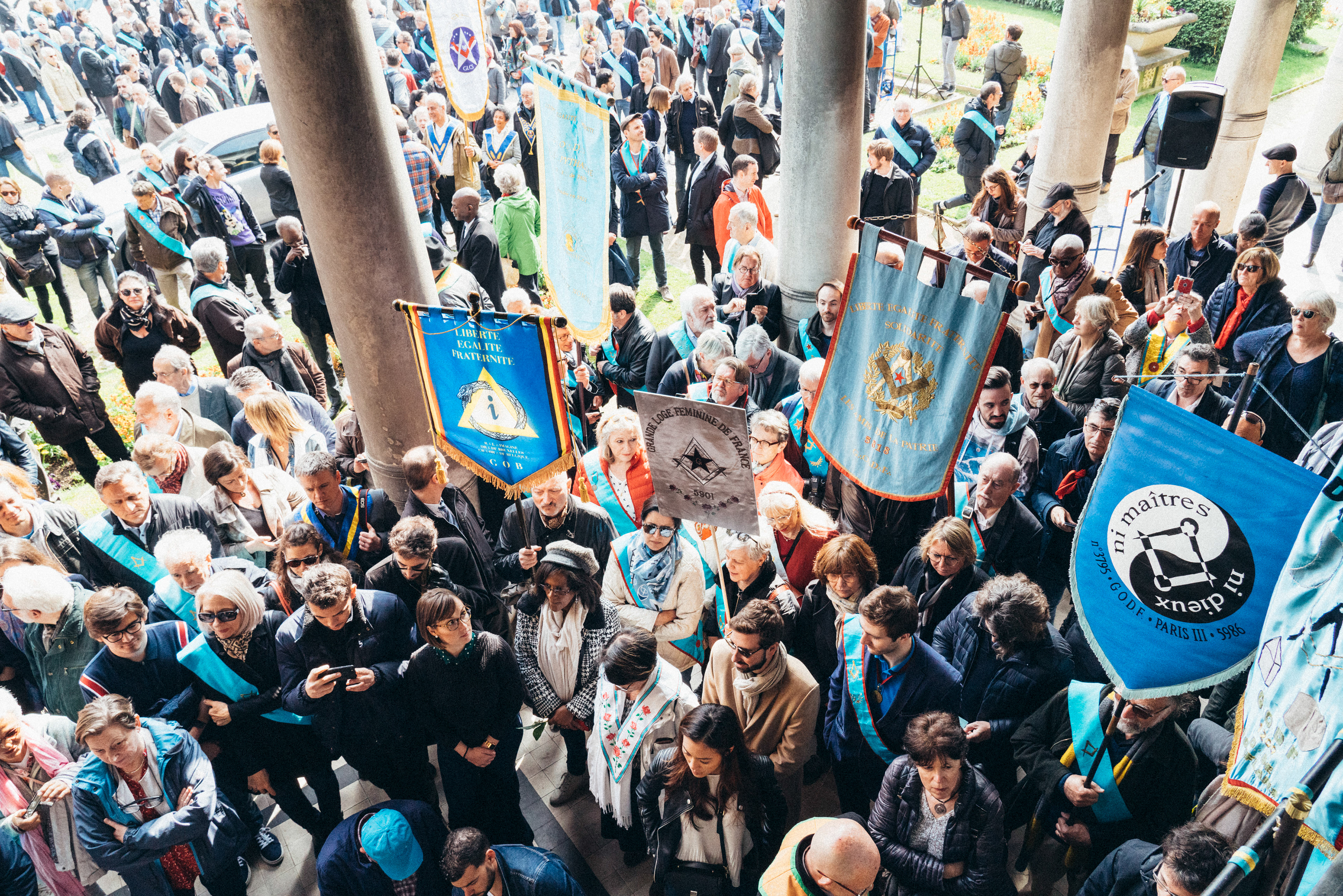 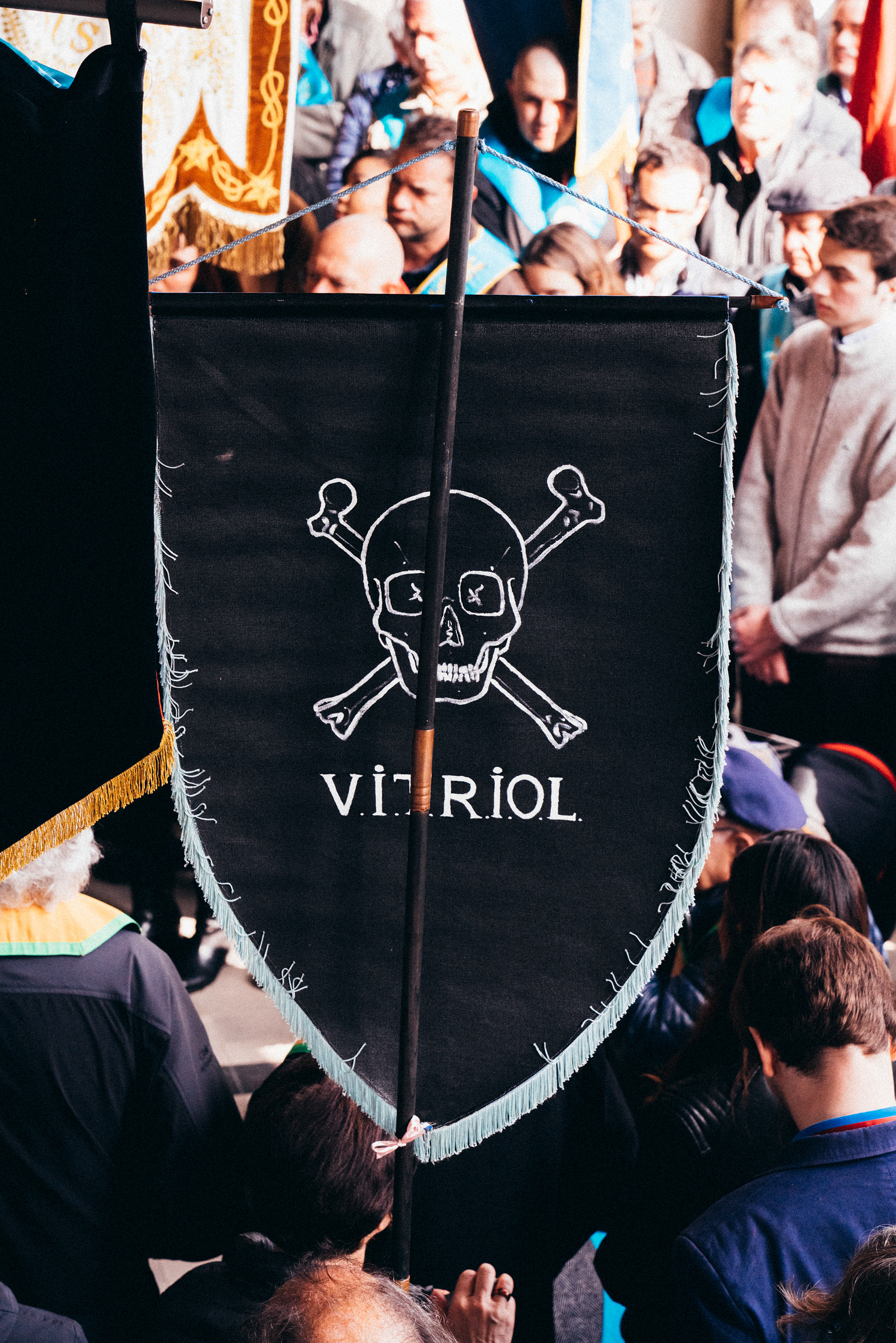 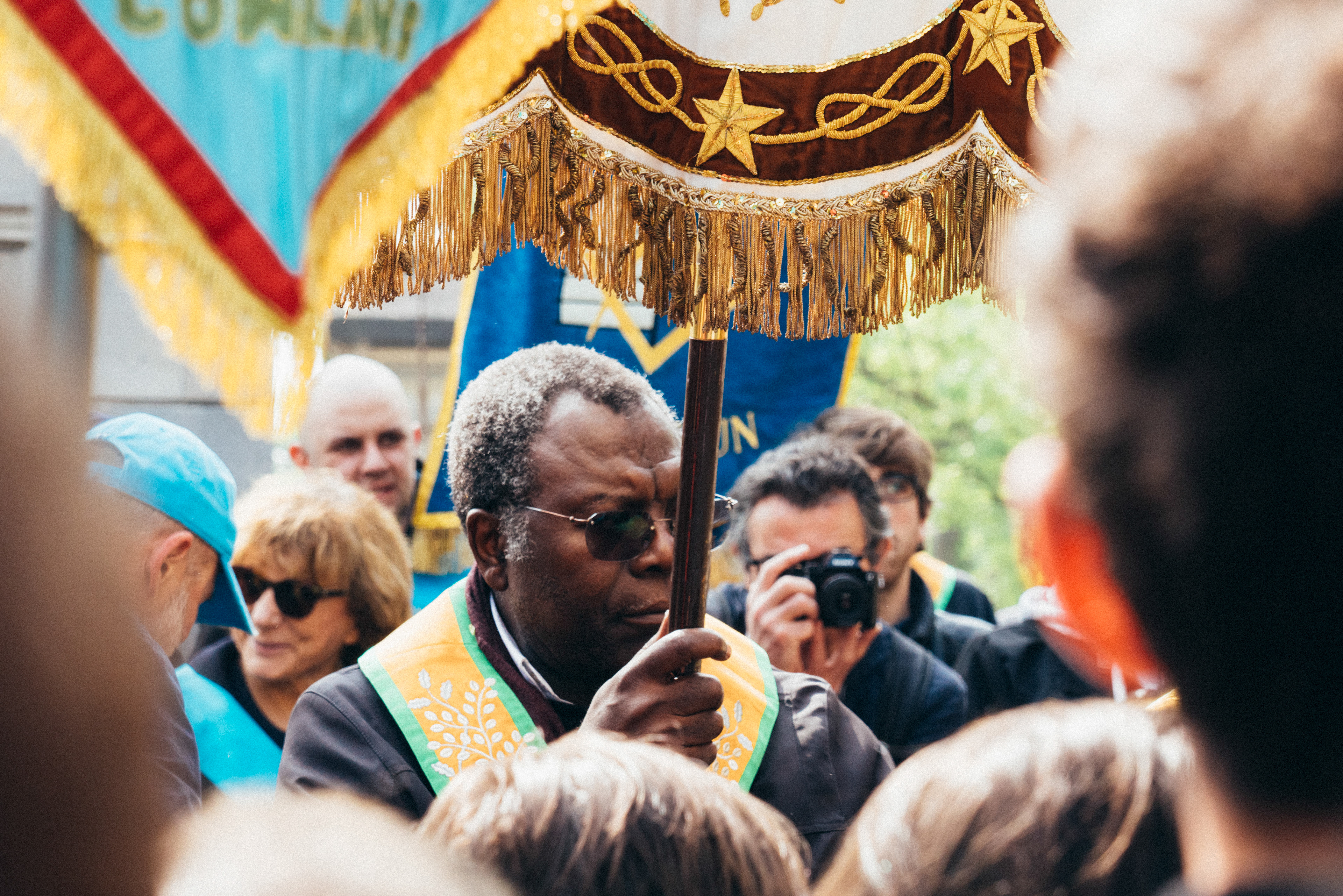 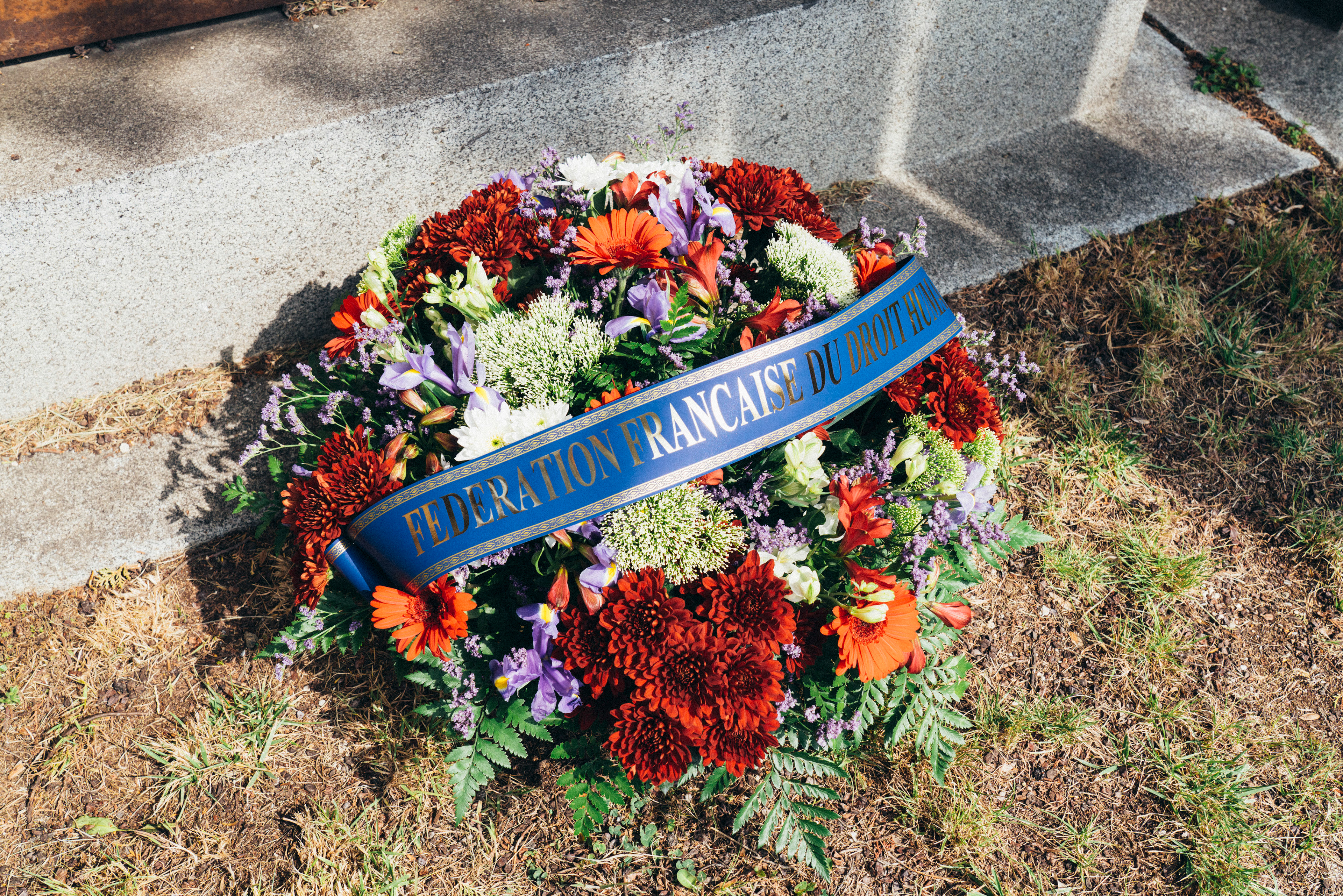 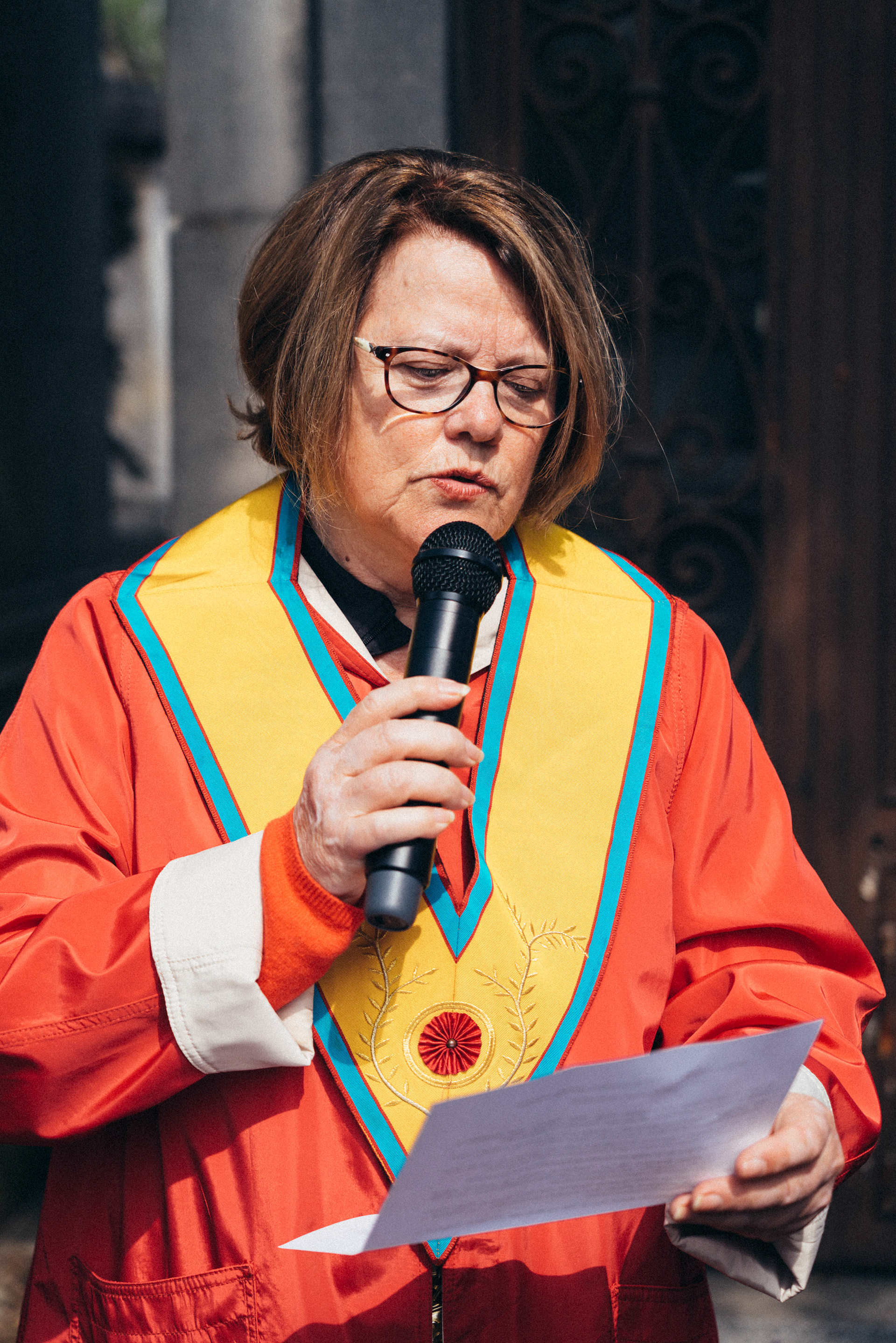 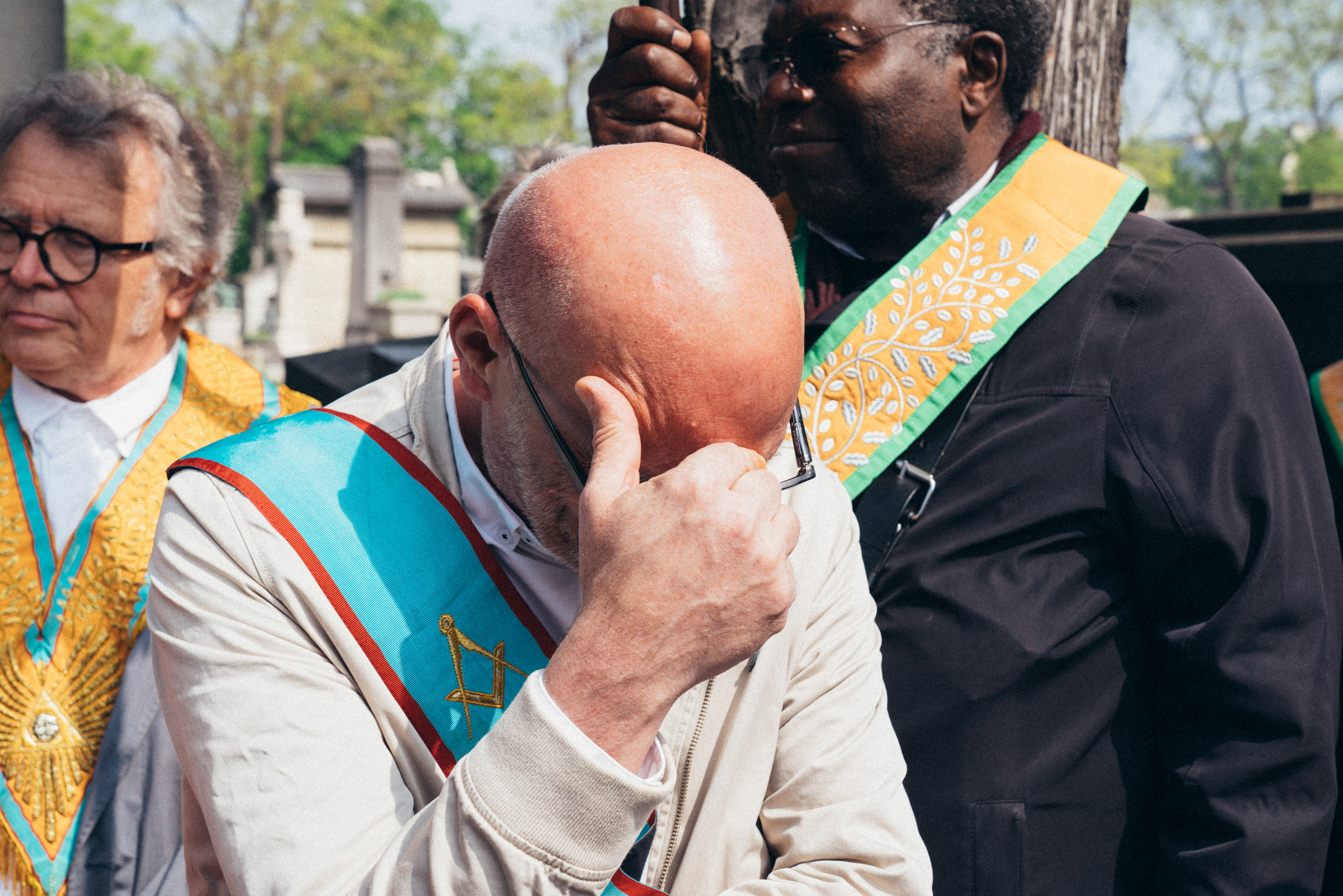 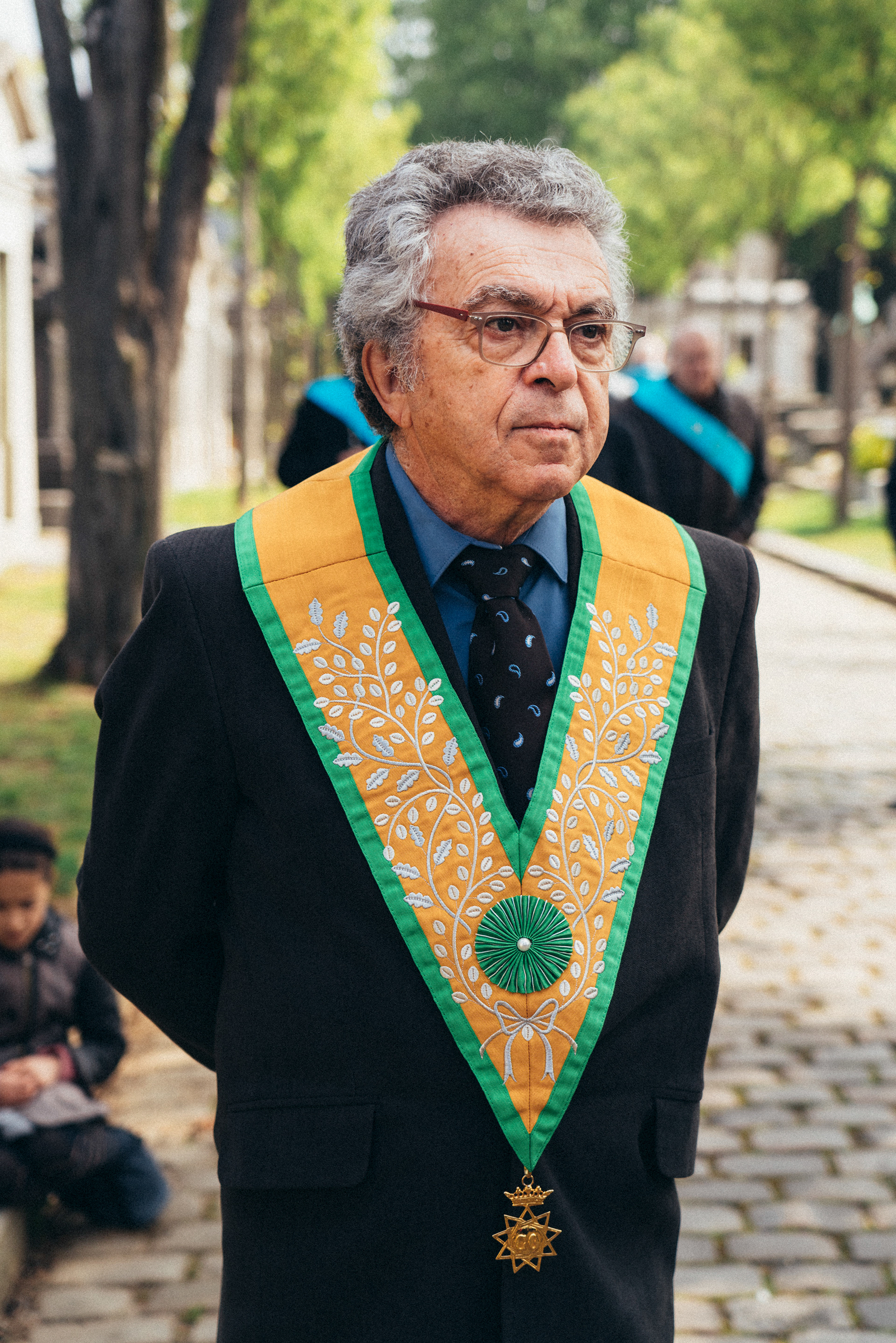 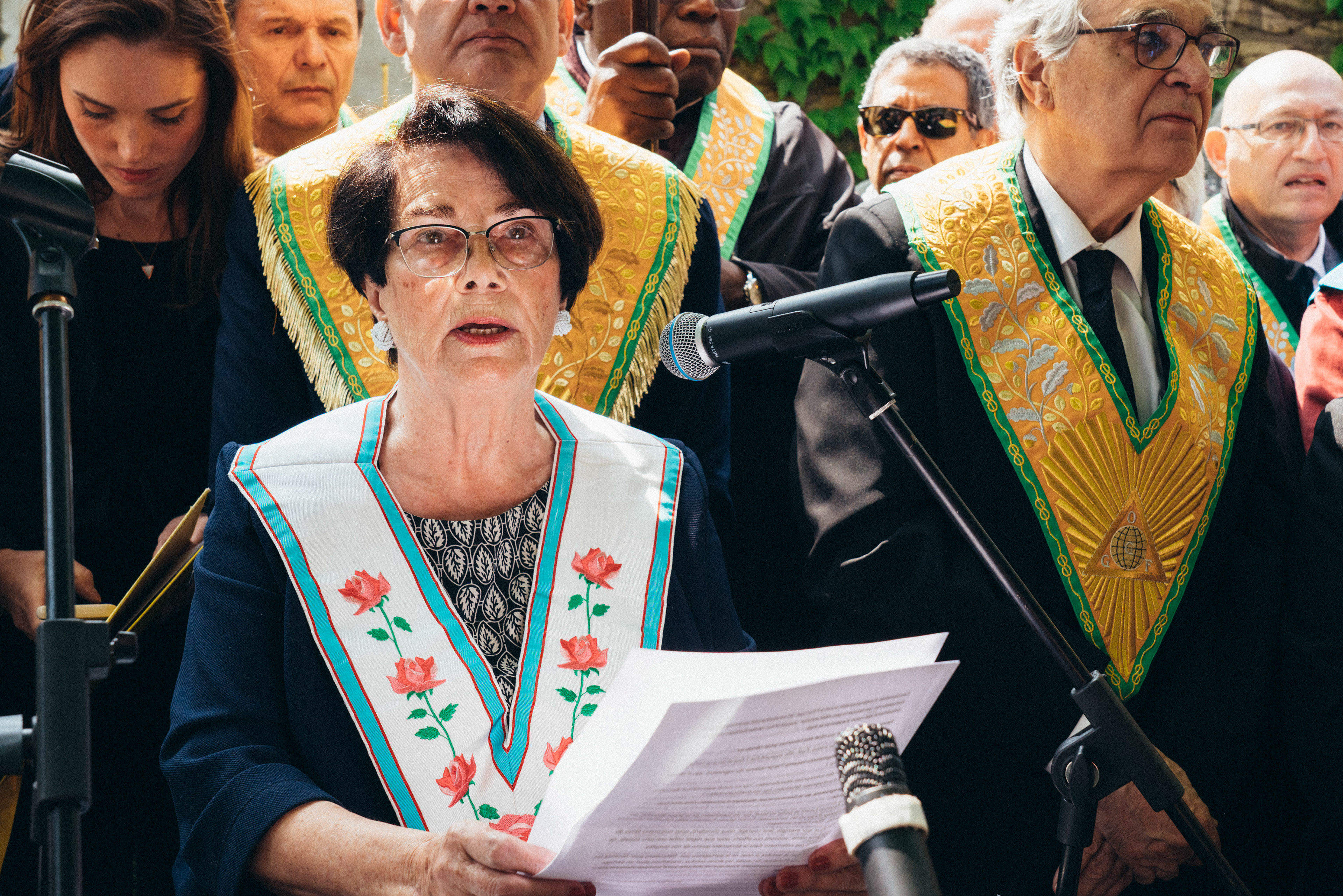 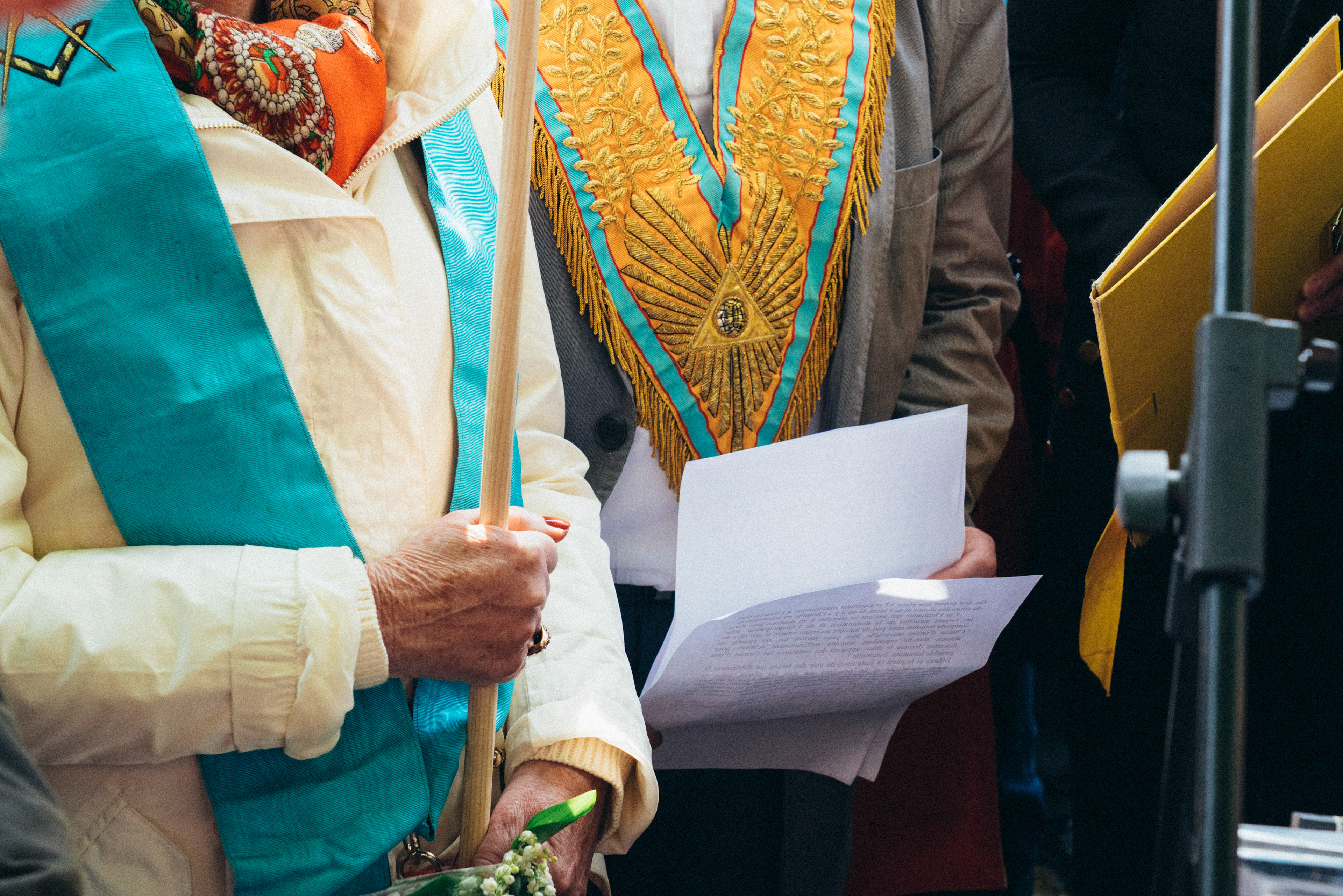 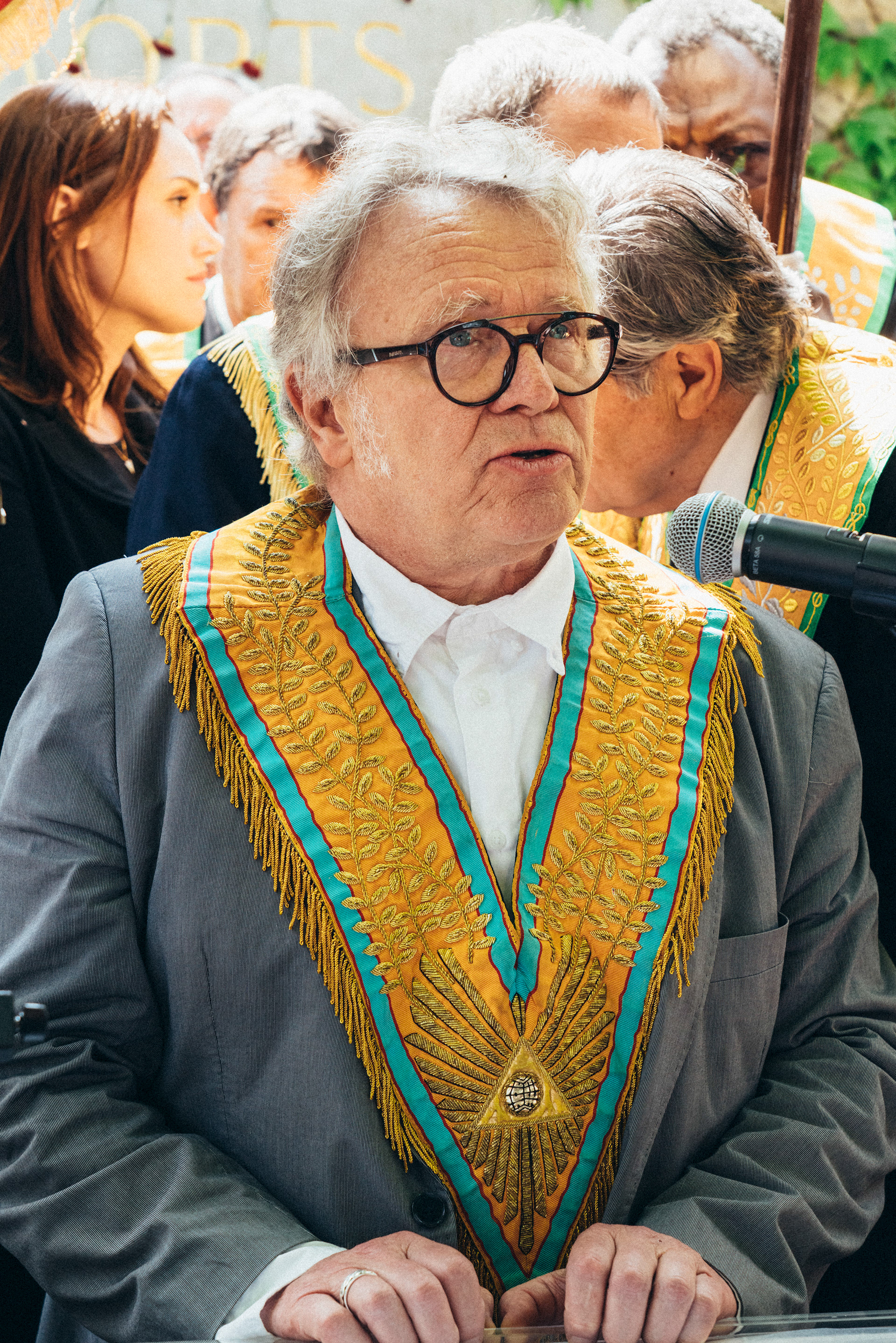 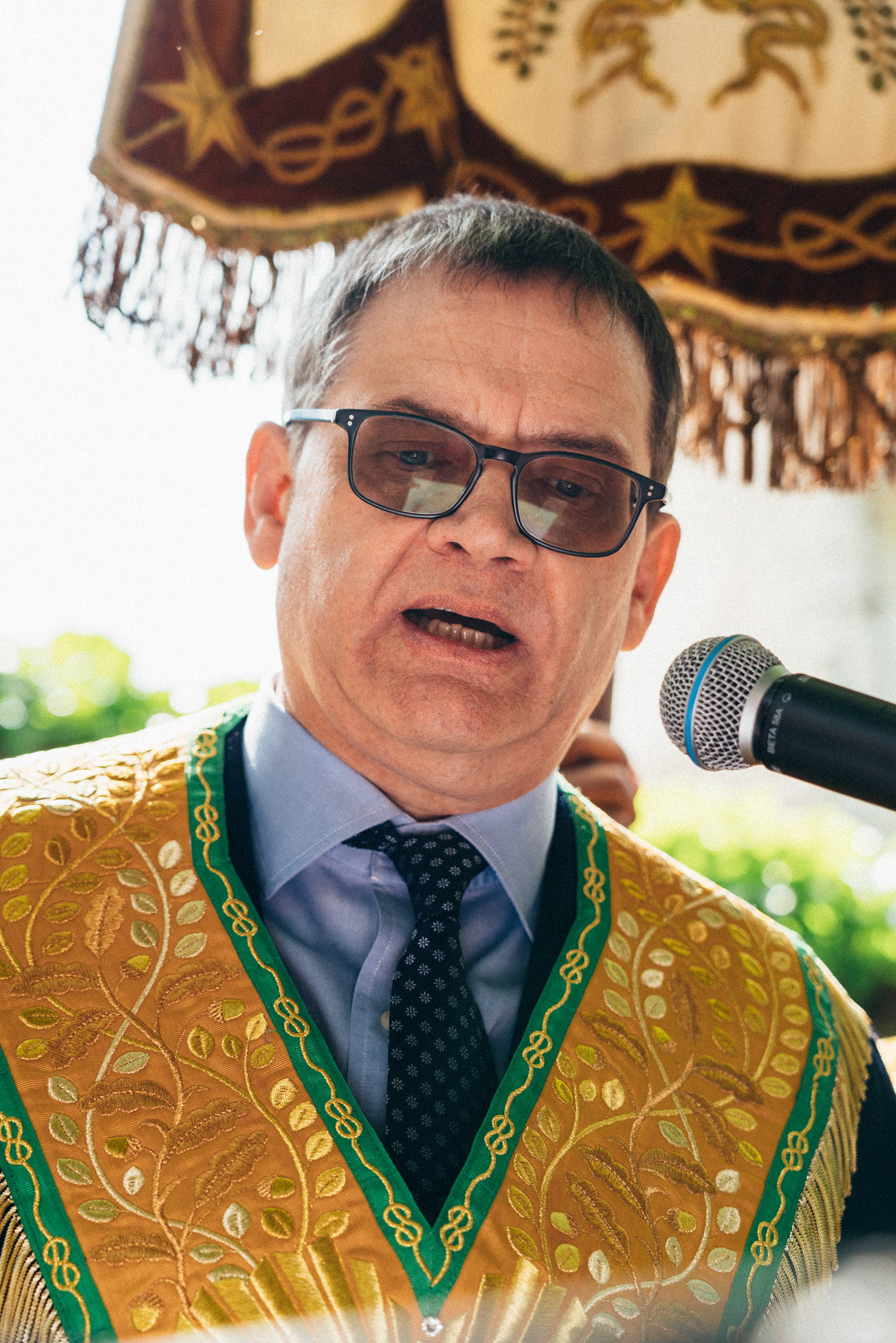 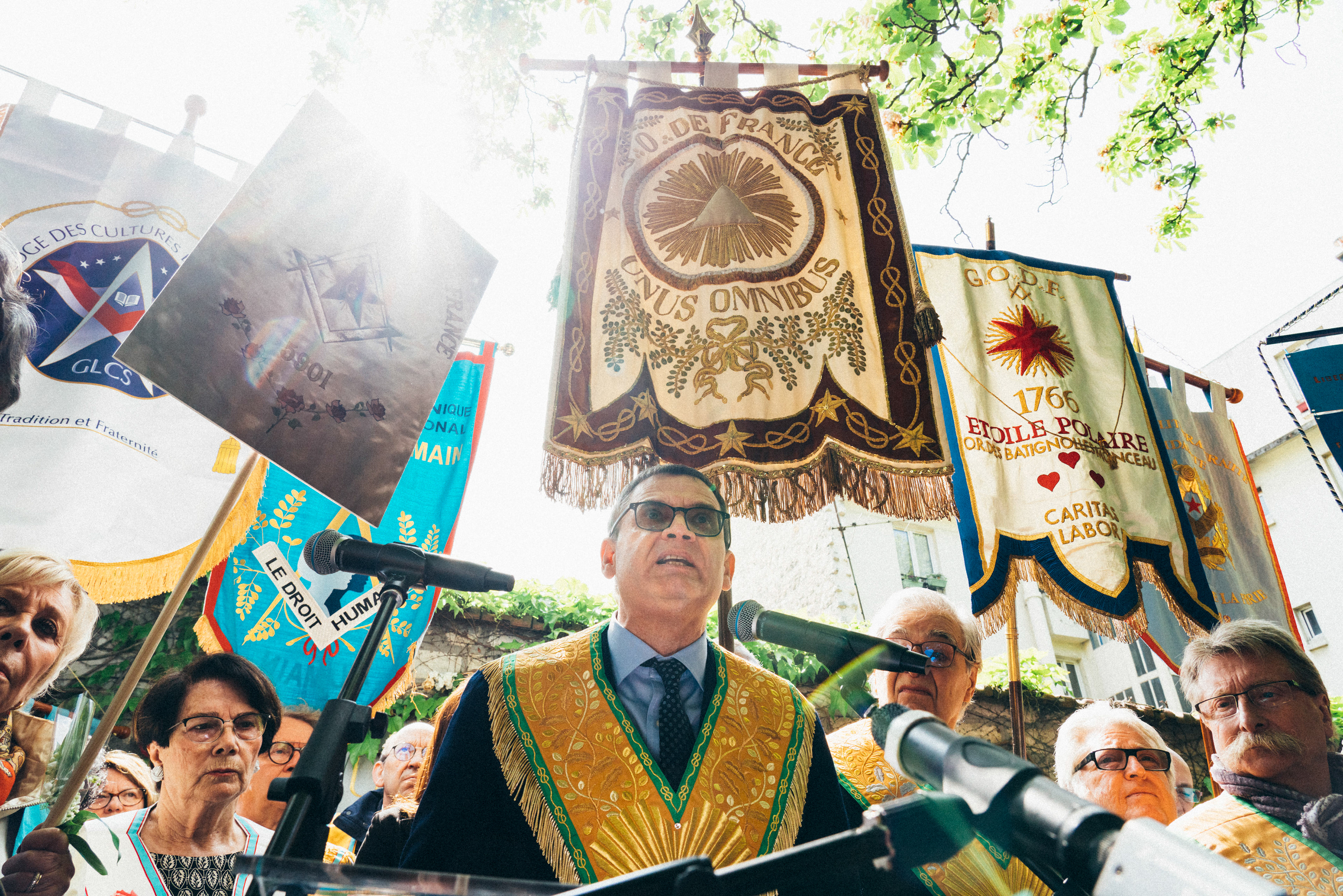 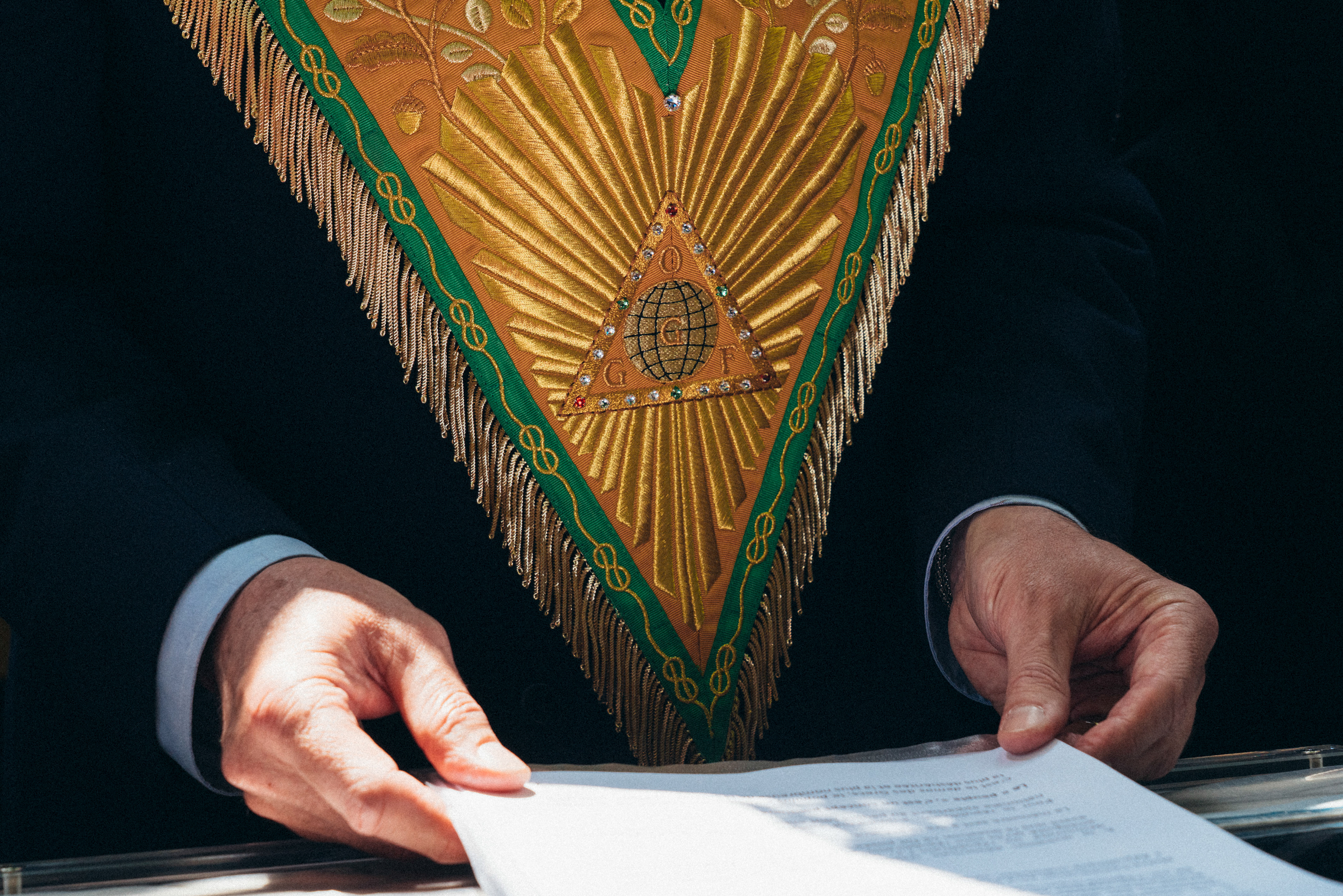 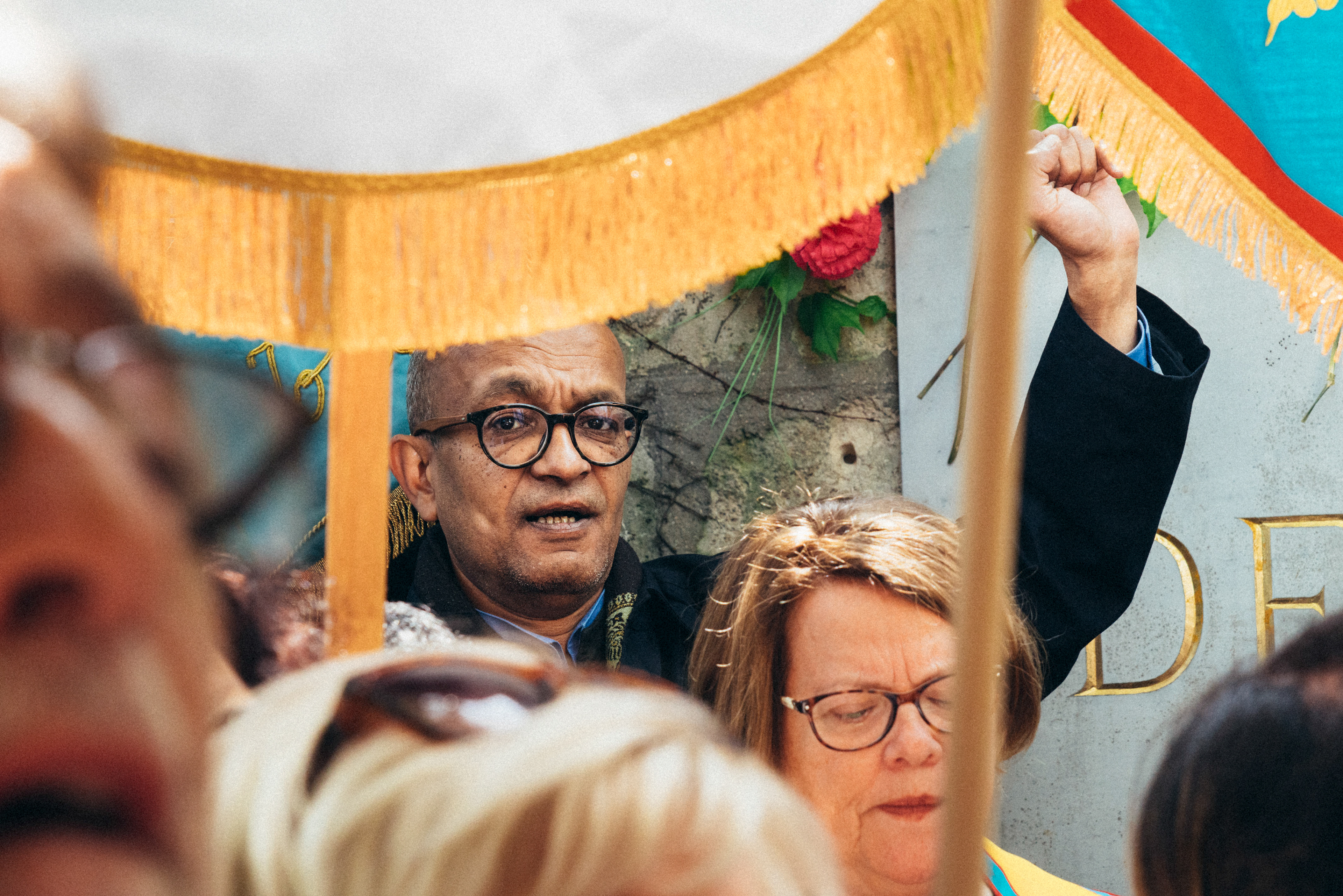 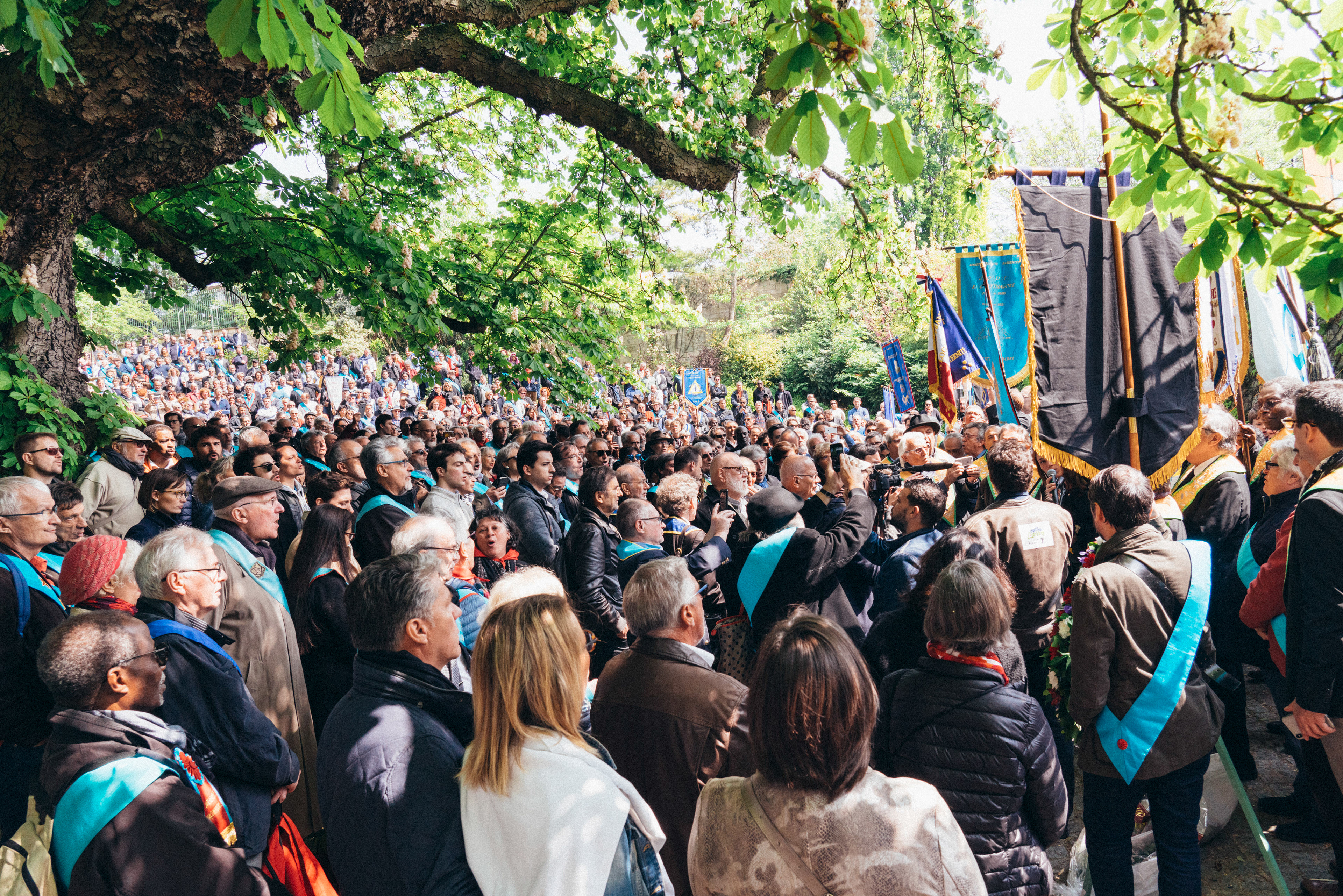 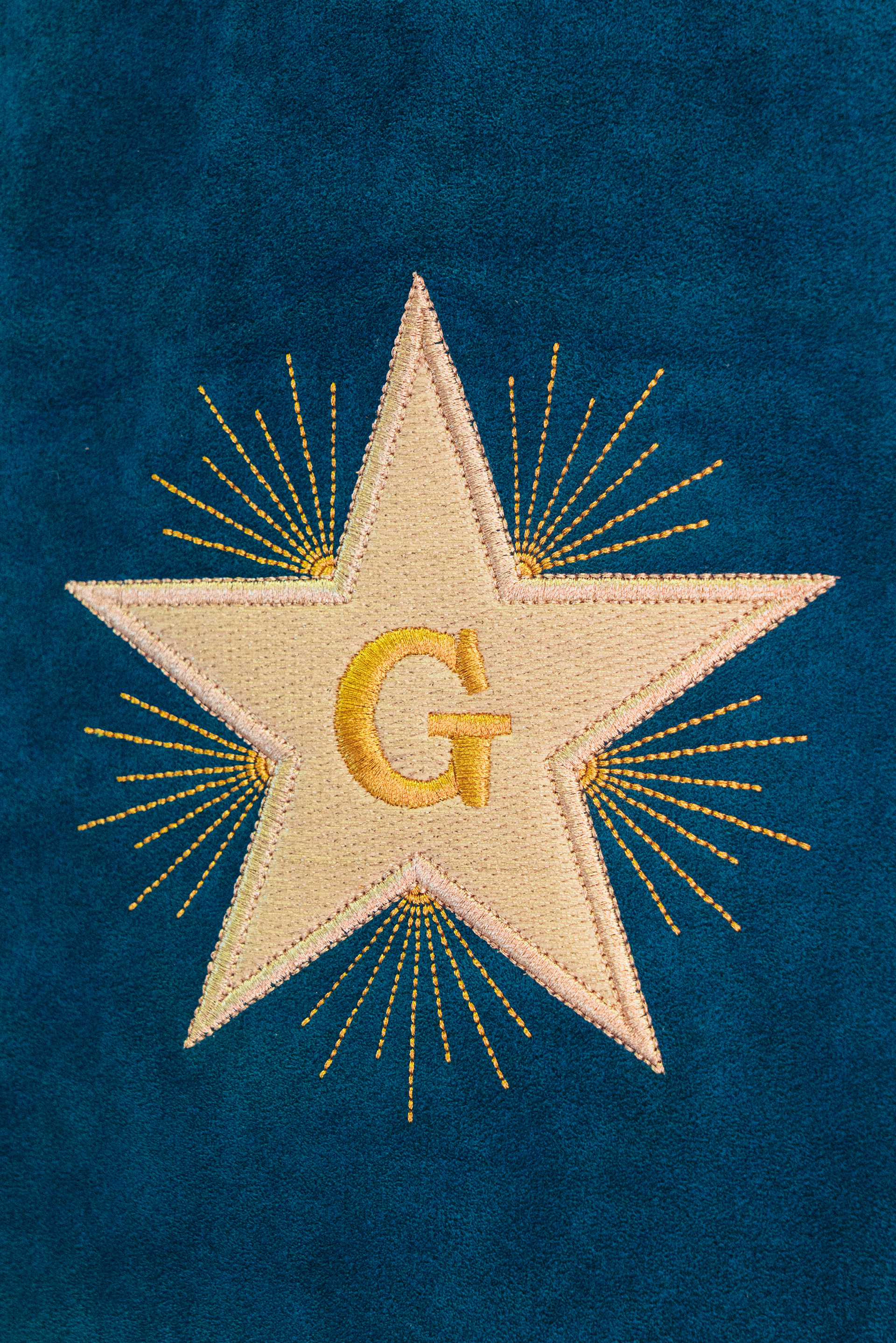